THE TOP 10 BIGGEST MISTAKES ENDURANCE ATHLETES MAKE-AND HOW TO CORRECT THEM!

As an athlete, you work hard to improve your performance, putting hours upon hours into training and refining your methods and techniques. Yet despite those efforts, you’re more than likely making some very common mistakes that will undercut your hard work and keep you from reaching your true potential. Years of working with thousands of athletes, hundreds of research papers, and our own personal experiences have taught us that the following 10 represent the most common performance-ruining gaffes. We think you’ll find that at least some of these mistakes will sound painfully familiar. Rest assured, however, we’ll also tell you how to correct each of these common mistakes. Follow this advice and you’ll quickly see significant improvement in your overall performance! 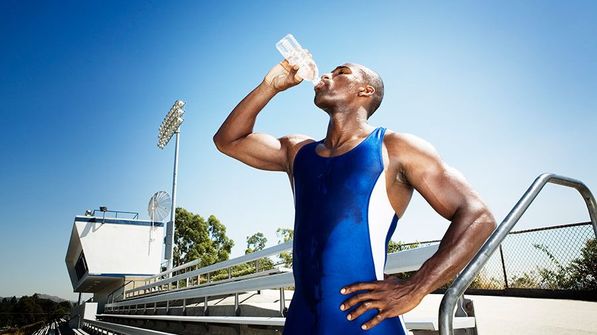 When it comes to hydration, you can neither overload nor undersupply your body without compromising athletic performance and incurring detrimental results. If you don’t drink enough, you’ll suffer from unpleasant and performance-ruining dehydration. Drink too much, however, and you’ll not only end up with impaired athletic performance, you may even be flirting with potentially life-threatening water intoxication.

RECOMMENDATION: A fluid intake of approx 550-750 ml per hour.

Depending on conditions and body weight, 475 -525 ml per hour may be quite acceptable. A larger athlete in warm temperatures might need somewhat more, perhaps up to 825 ml hourly. Our position, however, is that the risk of dilutional hyponatremia increases substantially when an athlete repeatedly consumes much more than that per hour. If more fluid intake is necessary (under very hot conditions, for example) proceed cautiously and remember to increase electrolyte intake as well to match your increased fluid intake. You can easily accomplish this by consuming a few additional Endurolytes or Endurolytes Extreme capsules or adding Endurolytes Fizz tblets to your water/fuel bottle(s). 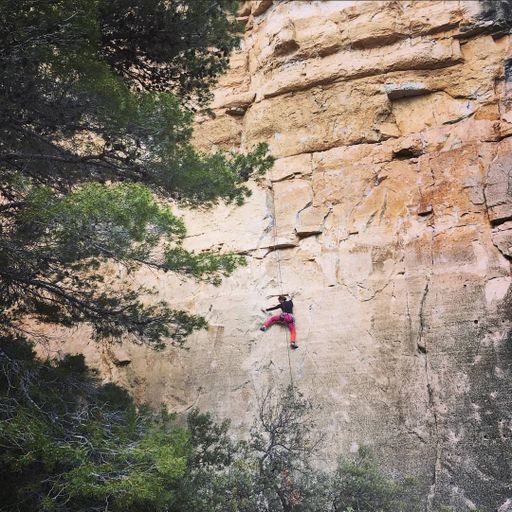 We believe that fructose, sucrose, glucose, and other simple sugars (mono- and disaccharides) are poor carbohydrate sources for fueling your body during exercise. Simple sugar-based drinks or gels have to be mixed and consumed at very dilute and calorically weak concentrations in order to be digested with any efficiency. A simple sugar-based product used at a properly mixed concentration cannot provide adequate calories to sustain energy production. Any way you look at it, fuels containing simple sugars are inefficient and therefore not recommended during prolonged exercise.

To get the proper amount of easily digested calories, rely on fuels that use complex carbohydrates (maltodextrins or glucose polymers) only, with no added simple sugar as their carbohydrate source. Hammer Gel and HEED are ideal for workouts and races up to two hours, sometimes longer under certain circumstances. For longer workouts and races, select Perpetuem or Sustained Energy as your primary fuel choice. 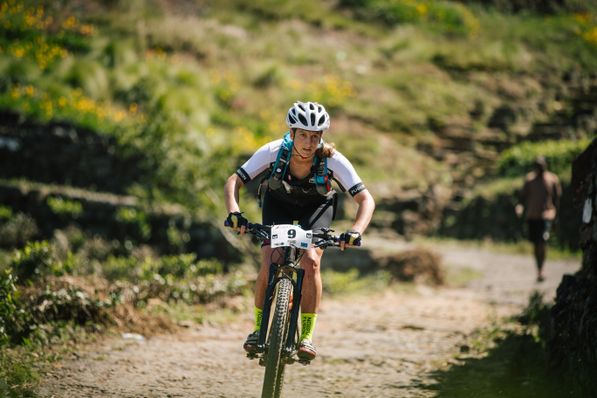 Athletes who try to replace “calories out” with an equal or near equal amount of “calories in” usually suffer digestive maladies, with the inevitable poorer-than-expected outcome, and possibly the dreaded DNF (“Did Not Finish”). Body fat and glycogen stores easily fill the gap between energy output and fuel intake, so it’s detrimental overkill to attempt calorie-for-calorie replacement. 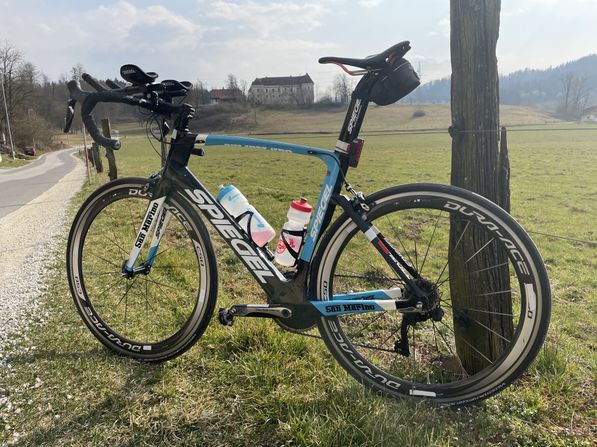 Consistent electrolyte supplementation is just as important as calories and fluids during exercise. Just as your car’s engine requires sufficient oil to keep its many parts running smoothly, your body requires electrolytic minerals to maintain smooth performance of vital functions such as muscle contraction. Athletes who neglect this important component of fueling will impair their performance, and may incur painful and debilitating cramping and spasms, a sure way to ruin a workout or race.

To get the proper amount of easily digested calories, rely on fuels that use complex carbohydrates (maltodextrins or glucose polymers) only, with no added simple sugar as their carbohydrate source. Hammer Gel and HEED are ideal for workouts and races up to two hours, sometimes longer under certain circumstances. For longer workouts and races, select Perpetuem or Sustained Energy as your primary fuel choice. 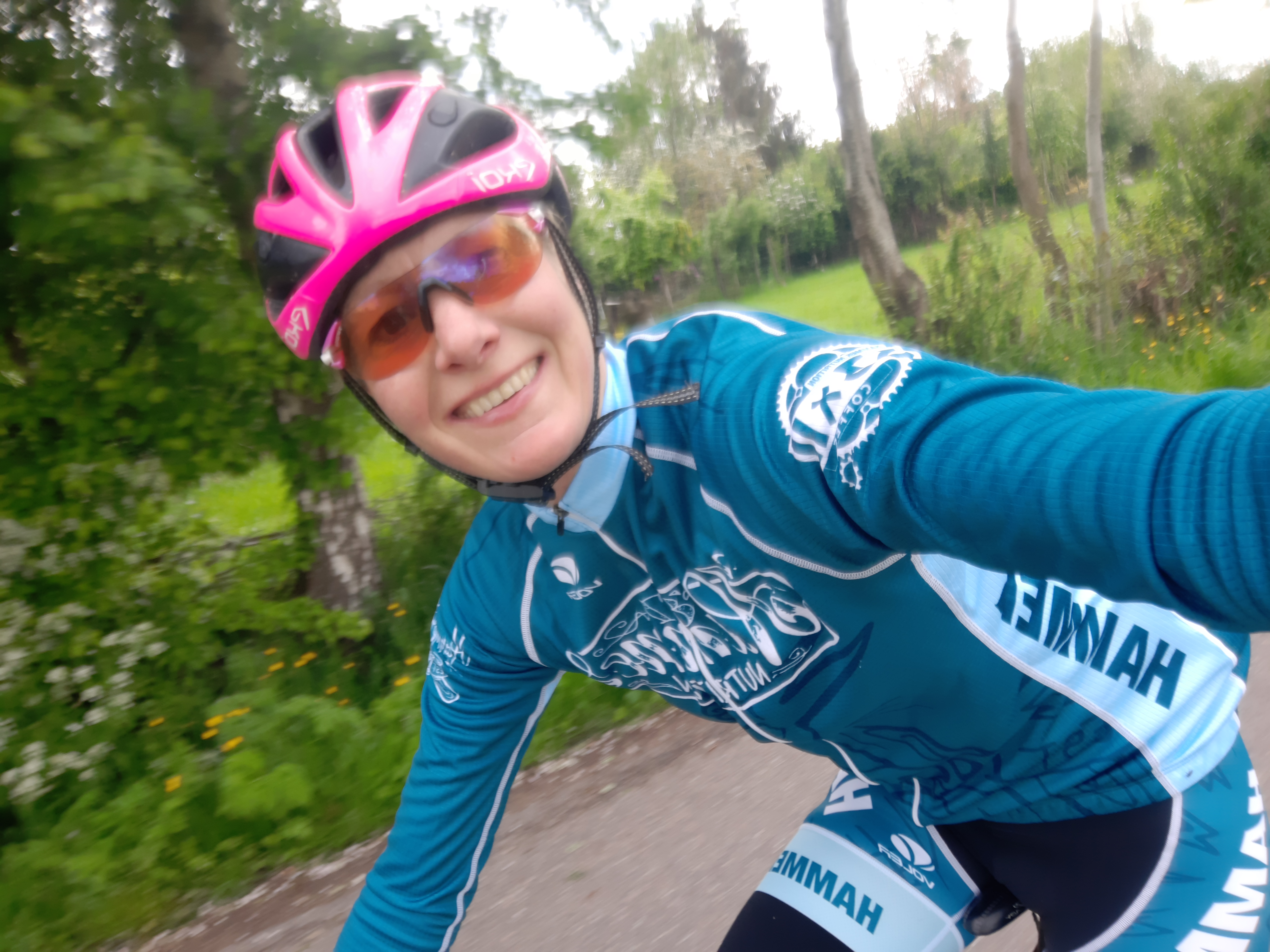 Mistake #5: No Protein during Prolonged Exercise

When exercise extends beyond about two hours, your body begins to utilize some protein to fulfill its energy requirements, as you begin to derive glucose from amino acids. This metabolic process helps to satisfy 5-15% of your energy needs. If you fail to include protein in your fuel, your body has only one other choice: your own muscle! Called “muscle cannibalization,” this process devastates performance through muscle deterioration and increased fatigue-causing ammonia accumulation, and also negatively affects the immune system and recovery.

Using Perpetuem or Sustained Energy as your primary fuel during workouts and races longer than two to three hours will satisfy energy requirements from a precise ratio of complex carbohydrates and soy protein, the latter of which helps protect against excess muscle breakdown. You stay healthier, reduce soreness, and decrease recovery time. Note: Whey protein is not recommended for use during exercise due to possible contribution to muscle fatigue during initial digestion. 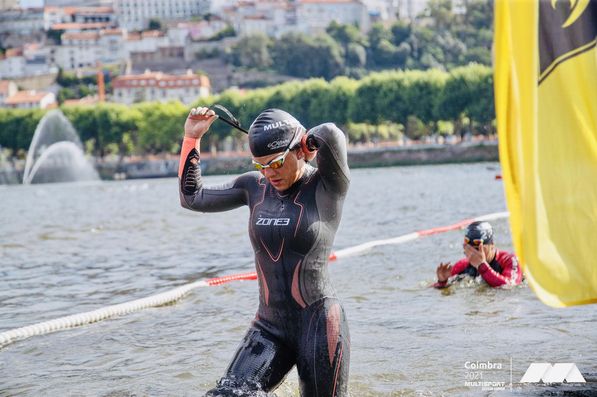 Mistake #6: Too Much Solid Food during Exercise

Solid food, for the most part, cannot match the precision or nutrient density of the best liquid fuels. In addition, too much solid food consumption will divert blood from working muscles for the digestive process. This, along with the amount of digestive enzymes, fluids, and time required in breaking down the constituents of solid food, can cause bloating, nausea, and/or lethargy.

Use Hammer Gel, HEED, Sustained Energy, and/or Perpetuem as your primary fuel source during exercise. These provide precise amounts of specific nutrients and are designed for easy digestion, rapid nutrient utilization, and less chance of stomach distress. 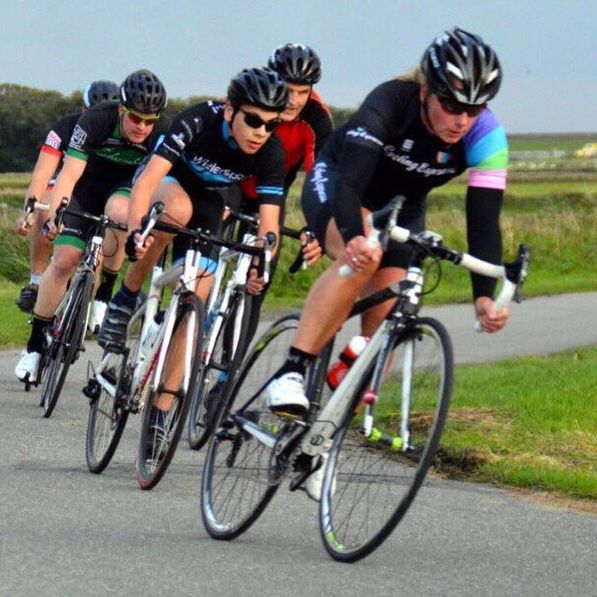 Mistake #7: Using Something New in a Race without Testing it in Training

The title is pretty self-explanatory; it’s one of THE cardinal rules for all athletes, yet you’d be amazed at how many break it. Are you guilty as well? Unless you’re absolutely desperate and willing to accept the consequences, do not try anything new in competition, be it equipment, fuel, or tactics. These all must be tested and refined in training.

RECOMMENDATION: Train with Hammer Nutrition fuels well in advance of your event.

Because all of the Hammer Nutrition fuels are complementary (they all work well alone or in combination), you have all the flexibility you need to ensure that you can tailor a fueling program for any length of race, regardless of the conditions. You’ll never have to guess or grab something off the aid station table in the hopes of trying to keep going for another hour. 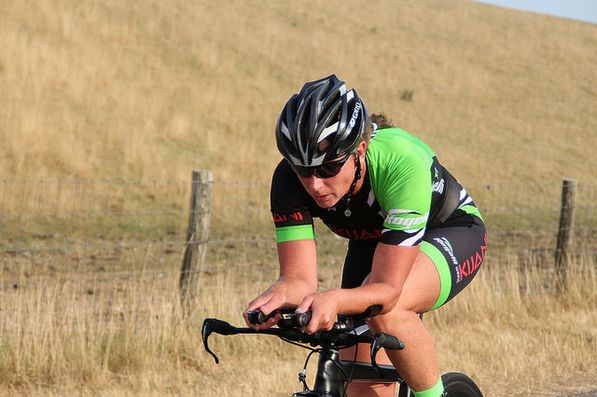 Mistake #8: Sticking with Your Game Plan Even When It’s Not Working

Endurance athletes tend to be strong-willed and uncompromising. Most strive to have a “game plan” in place for their training program, and smart athletes also have a strategy for their supplements and fueling. However, what does fine in terms of fueling—your hourly intake of fluids, calories, and electrolytes—during training at a slower pace and lower overall energy output, might fail during competition. Athletes who stubbornly maintain the same fuel intake hour after hour, even when it’s clearly not working, end up with poorer results, if they finish at all.

RECOMMENDATION: Have a race-day game plan, but be flexible and listen to your body’s needs.

It’s a good practice to have a game plan that includes a fueling protocol that you have refined during training, but you need to be flexible. Evaluate and adjust accordingly as race pace and weather dictate. Have a game plan, but “write it in pencil, not in ink.”

Performance improvement depends on a program of exercise that stimulates muscular and cardiovascular adaptation followed by a recovery period in which the body rebuilds itself slightly more fit than before. Thus, the real gain of exercise occurs during recovery, but only in the presence of adequate rest and nutritional support. Athletes who fail to replenish carbohydrates and protein shortly after workouts will never obtain full value from their efforts.

RECOMMENDATION: Within 30 minutes of finishing your workout or race, kick-start the recovery process with a serving of Recoverite.

Depending on your body size and length/intensity of the workout, consume 30-90 grams of complex carbohydrates and 10-30 grams of protein (a 3:1 ratio of carbohydrates to protein) immediately after workouts. This is easily accomplished with Recoverite, the all-in-one, complex carbohydrate/glutamine-fortified whey protein isolate recovery drink. Supplements to consider for providing antioxidants and supporting enhanced recovery are Premium Insurance Caps, Race Caps Supreme, Mito Caps, Super Antioxidant, AO Booster, and Xobaline.

Far too often, athletes put themselves at a “metabolic disadvantage” during a workout or race by fueling improperly prior to the event:

Overconsuming food the night before a race or workout in the hopes of “carbo-loading” – It would be nice if you could maximize muscle glycogen stores the night before a race or tough workout; unfortunately, human physiology doesn’t work that way. Increasing and maximizing muscle glycogen stores takes many weeks of consistent training and post-workout fuel replenishment. Carbohydrates consumed in excess the night before will only be eliminated or stored as body fat (dead weight). Overconsuming calories in your pre-workout/race meal – The goal of pre-exercise calorie consumption is to top off your liver glycogen, which has been depleted during your sleep. You can’t add anything to muscle glycogen stores at this time so stuffing yourself is counterproductive, especially if you’ve got an early morning workout or race start.

Eating a prerace meal at the wrong time – As a result of hard training and replenishing your body with necessary nutrients immediately after exercise, you’ve now built up a nice 60-90 minute reservoir of muscle glycogen, the first fuel your body will use when the race begins. A sure way to deplete hard-earned glycogen stores too rapidly is to eat a meal (or an energy bar, gel, or sports drink) an hour or two prior to the start of the race.

RECOMMENDATION: Don’t go overboard with your food consumption the night before a workout or race.

Adhere to these two simple rules:

1. Eat clean, which means no refined sugar (skip dessert or eat fruit), low or no saturated fats, and no alcohol.

2. Eat until you’re satisfied, but not more.

If you’re going to have a meal the morning of your race, eat an appropriate amount of calories (200-300 calories), and finish all calorie consumption  at least three hours prior  to the start of the race. If that’s not logistically feasible, have a small amount (100-200 calories) of easily digested complex carbohydrates 5-10 minutes prior to the start. Either of these strategies will help top off liver glycogen stores without negatively affecting how your body burns its muscle glycogen.